Watch first look teaser of upcoming Marathi movie (Kaasav Teaser) : The teaser of ‘Kaasav’ directed by the visionary Marathi filmmakers Sumitra Bhave & Sunil Sukthankar is out! A collage of various scenes from the movie mixed with a soothing yet hypnotic song ‘Leher Samandar Re..’. Kaasav is a film that resonates the mental condition of people (especially youngsters) suffering from depression. The film has already been loved & appreciated at film festivals around the world including MAMI, Mumbai’s very own international film festival. 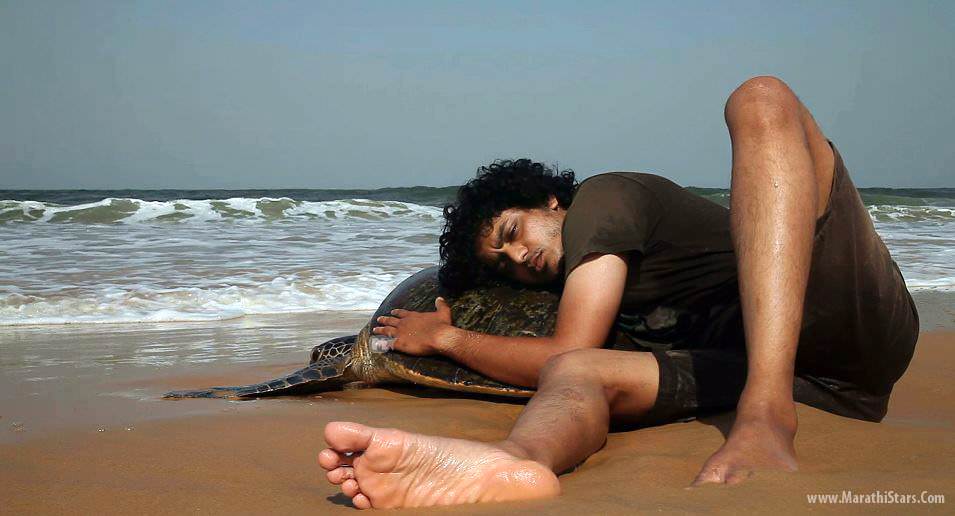 The overall teaser of this film pulls us into the world of the film, a cast of seasoned artists like Dr. Mohan Agashe, Kishore Kadam, Irawati Harshe & Alok Rajwade appear real people in real situation. The beauty of Konkan takes all this trance to another level. The film’s title ‘Kaasav’ means more than just an animal. The ‘Kaasav’ is a metaphor for the stillness, the calmness in the midst of this world full of chaos. ‘Kaasav’ is an animal that has one of the longest life span among all species.

After the re-release of ‘Astu’ this year; ‘Kaasav’ is an highly anticipated by true lovers of cinema. With this film the Bhave-Sukthankar pair complete their unofficial trilogy of films that are based on different mental conditions. ‘Devrai’ was based on Schizophrenia, ‘Astu’ on Alzhiemer’s & now ‘Kaasav’ on depression!