Hemant Dhome, a popular actor has proved his flair in writing in films like Poshter Girl. He has donned a director’s hat for the first time and the teaser-trailer of his “Baghtos Kay Mujra kar” is out! 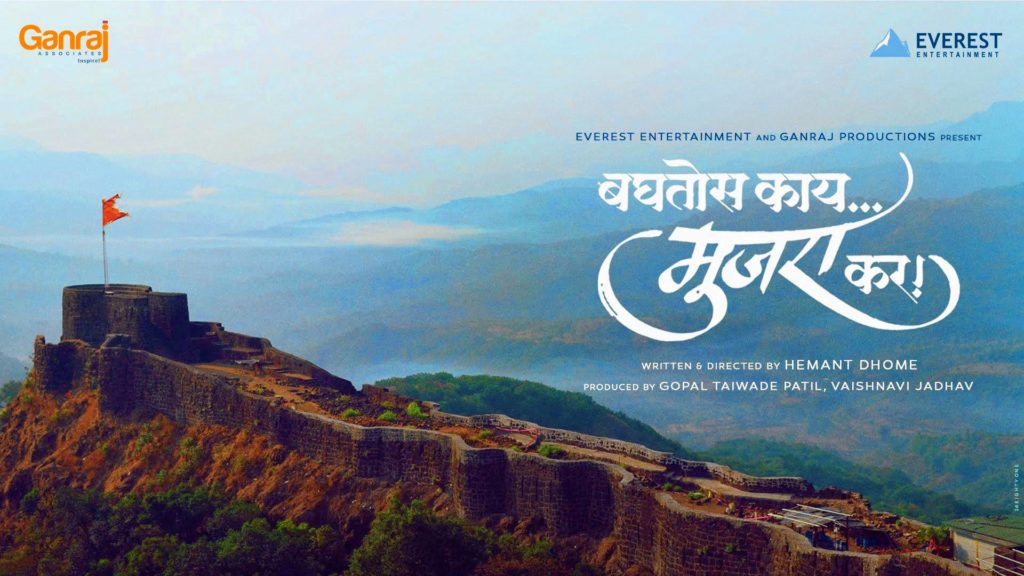 The teaser has been brilliantly cut with a superb montage shot of various Maharashtra forts. The shots have been captured amazingly by Milind Jog. The editing of the film is done by Imran Faisal. Thought the cast of the film is not shown clearly in the trailer, we can assure you that talented actor Jitendra Joshi and Hemant Dhome are part of this film.

‘Baghtos Kaay Mujra Kar’ has been produced by Shreyas Jadhav and Gopal Patil of Ganraj Associates that had produced Online Binline last year. The lyrics have been penned by Kshitij Patwardhan and music has been composed by Amitraj. The film will be one of the most anticipated films of 2016.