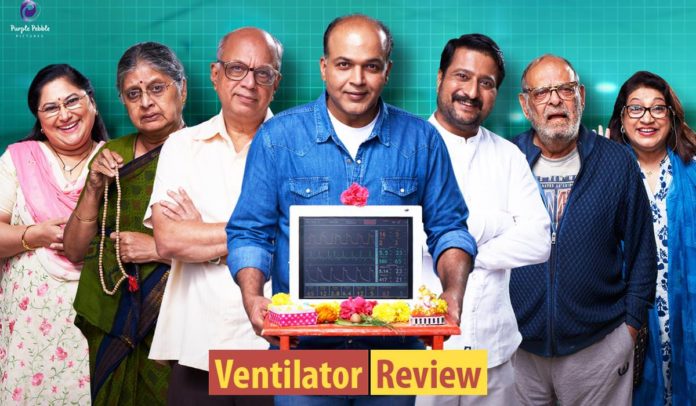 Rajesh Mapuskar, the director of this film has worked as an assistant to RajkumarHirani on several films. His debut Hindi film ‘Ferrari Ki Sawari’ too was produced by Hirani. The reason we mention this is the fact that even ‘Ventilator‬‘ has a typical Raju Hirani formula to it. And it works especially in the second half. Though the major variation of the formula is evident & i.e. Raju Hirani makes us laugh & cry alternatively throughout & not all at once, while Mapuskar has clearly slotted the serious part of the film for the second half.

Gajanan Karmekar is an old man counting his last breaths. ‘Prasanna’ (Jitendra Joshi) is his son who somehow admits his father in a luxurious hospital. The whole family residing at different places of Maharashtra & abroad is now supposed to meet the dying man one last time. However the treatment to this basic plot is surprisingly humorous & over the top (in the first half). Raja Karmekar (Ashutosh Gowariker) is a Bollywood director who is often distant from the family but since Gajanan Uncle was dearly close to him he too is coming to meet him. Bhau (Satish Alekar) is Gajanan’s elder brother & Raja’s father. Raja constantly insists that Bhau shouldn’t be bothered to travel all the way to Mumbai as he is aware that Bhau’s presence can cause the whole family to initiate a debate on property issues for which the time is definitely not right. 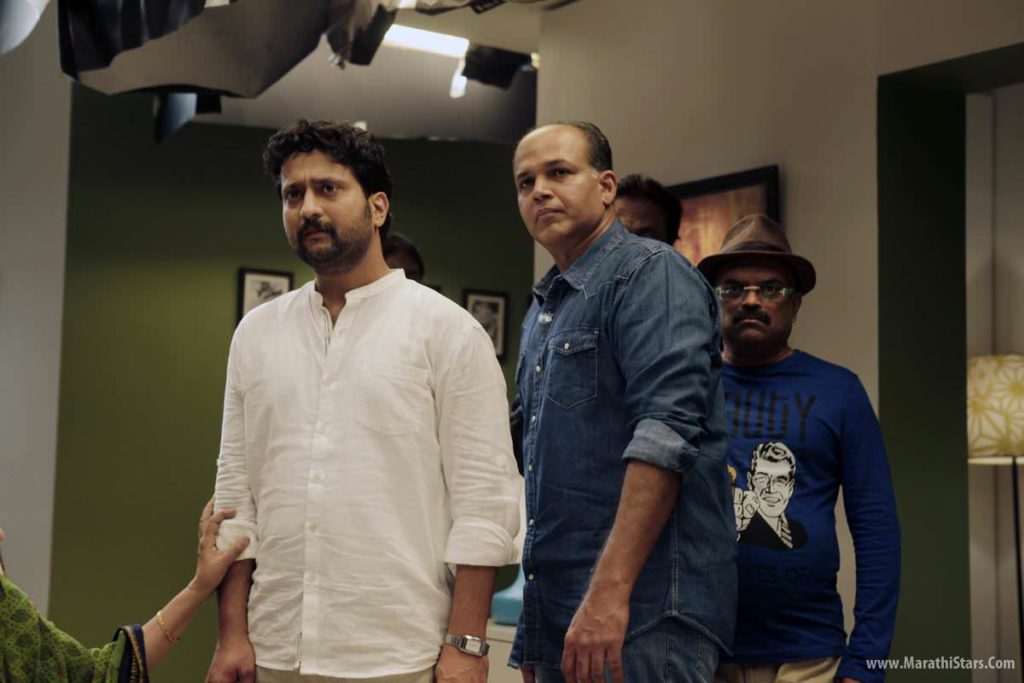 Apart from Bhau, Prasanna & Raja there’s a whole lot of cast but it’s only these three characters that are crucial to the main conflict of the film. The first half is repetitive with the kind of humor you see in the trailer. People being awestruck by a celebrity (Raja of course!) doesn’t appear novel after a while. There’s this one brother of Raja, a sort of a guide to Raja for reintroducing him to the family. The actor casted in that role is almost unknown (deliberately) & gives unnatural underplay performance for no particular reason. Even with the flaws the first half could have clicked provided they hadn’t revealed too much of it in the trailer itself. Most of the punches that are actually funny are given away in an unnecessary elaborate trailer.

So Ventilator wholly belongs to the second half! And the second half belongs to two fantastic actors Jitendra Joshi & Satish Alekar. Sukanya Mone (Prasanna’s elder sister) too gives few interesting moments but her character lacks the kind of backing Bhau& especially Prasanna enjoy in the script. There are scenes where Jitu Joshi proves his immaculate caliber & sends shivers down our spine. This could well be his greatest performances competing with his performance in ‘Tukaram’. Senior playwright Satish Alekar has been seen playing character roles for a while now, but ‘Bhau’ of Ventilator seems to be tailor made for him & he too manages to outscore the rest of the cast with his to the point realistic play. One point we noticed, both these characters are not in any single humorous scene from the first half. They have been deliberately kept aloof from the rest of the cast to give the final emotional kick.

Ashutosh Gowariker’s highly welcomed acting comeback doesn’t fall flat but doesn’t really shine. Maybe soon this return to Marathi can lead to direction of a Marathi film from him for which we all could be excited. It’s difficult to compare Rajesh Mapuskar’s ‘Ferrari Ki Sawari’ with ‘Ventilator’ but one aspect is quite evident ‘Ferrari Ki Sawari’ had a cute innocent side to it & in case of Ventilator a similar attempt has been made which doesn’t really succeed. Still as we say in the headline Ventilator definitely packs a solid emotional punch!

Jitendra Joshi is probably the finest Marathi actor in his age group & watching the man perform at his peak is an experience to be cherished!