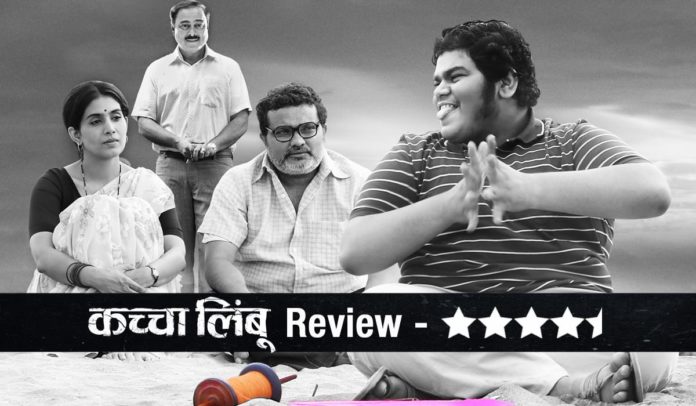 A few years ago when Ravi Jadhav directorial ‘Balak Palak’ became a super hit, suddenly the whole of Bollywood & others recognized Marathi cinema as an industry that is not afraid to take on bold subjects. Yes the variety of subjects that Marathi cinema has dealt with in the past decade or so is definitely commendable, but that the proficiency & craftsmanship that is necessary to make good films on these subjects hasn’t been seen in Marathi. There have been exceptions & Prasad Oak’s directorial debut ‘Kachha Limbu’ is certainly a very ‘special’ exception. 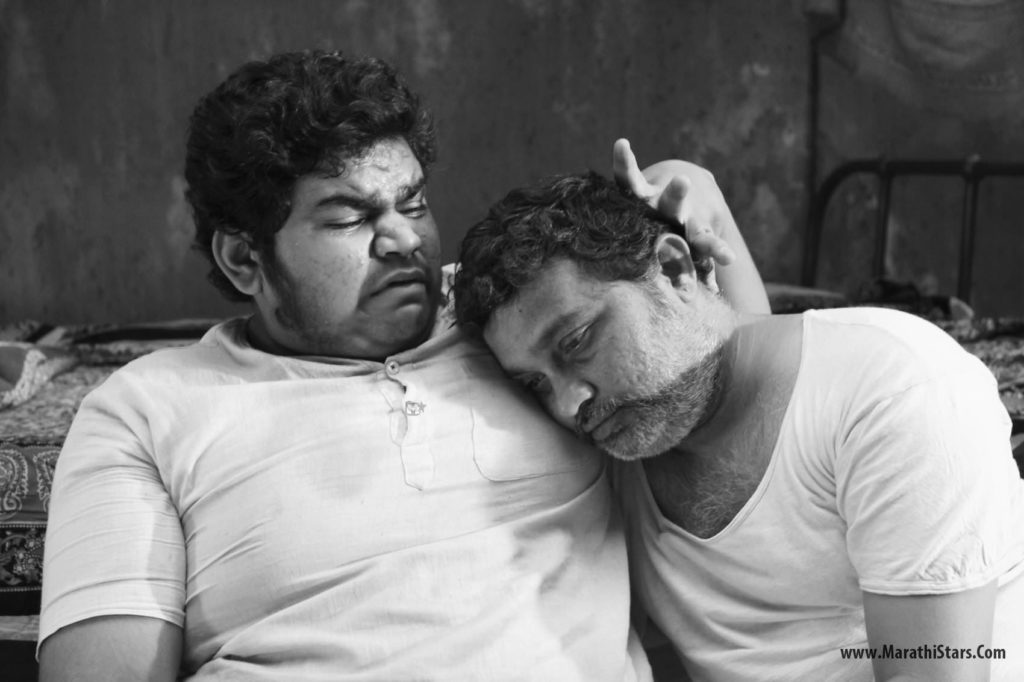 Straight from the decision of casting Ravi Jadhav as ‘Mohan Katdare’ & keeping the major part of the film black & white, Prasad Oak has hit a six! The film is based on a novel by legendary Marathi writer Jaywant Dalvi. Dalvi also wrote a play based on the same novel. The play that was staged on commercial stage of Marathi theatre! The point is that back then ‘Commercial Marathi Theatre’ was so much ahead of other popular things happening in performing arts in India!

Mohan Katdare (Ravi Jadhav) & Sheila Katdare (Sonali Kulkarni) are parents to a special child ‘Bachhu’ (played masterfully by Manmeet Pem). They both work in opposite day & night shifts & hence they hardly have any time together. Sheila’s boss Mr. Pandit (played by the Man in Form Sachin Khedekar) is considerate about Sheila when he comes to know about her child. Mohan’s colleague ‘Venkat’ who lost his young child (Anant Mahadevan, another interesting casting decision) has a fondness for ‘Bachhu’. This is it, this is the world of ‘Kachha Limbu’. Pretty much confined as the world of Mohan & Sheila. 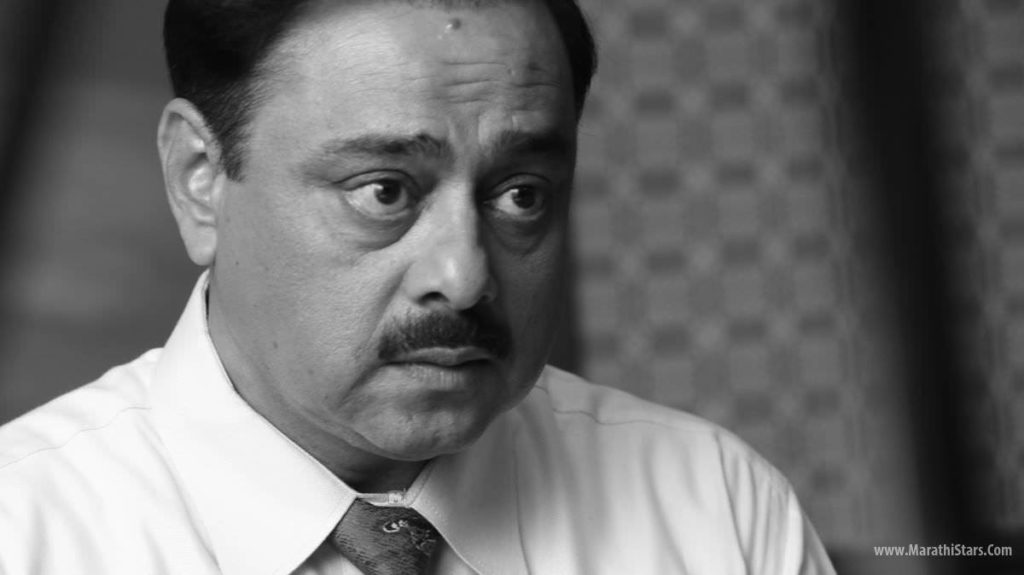 The film is difficult to watch (in a good & heart-breaking way) at many instances, but I would request the audiences to give it a chance, be there for the final point this film wants to make & trust me it’s satisfying & uplifting. Throughout the journey of ‘Kachha Limbu’ there’s always a moral uncertainty that keeps playing in our mind, whether it’s Sheila’s relation with her boss Mr. Pandit or Bachhu’s antics that might imbibe hate or outright sympathy.

Prasad Oak avoids any kind of melodrama or over the top style, he is consistently specific about what exactly he wants in every scene, every frame, to convey to the audience. The cinematographer of the film deserves equal credit & so does Rahul Ranade who has done the background score for the film. All the actors are author-backed! Manmeet especially is outstanding & so is Sachin Khedekar with his minimalist perfection (a trait he seems to have mastered post Rajwade & Sons, Muramba). Ravi Jadhav is a casting masterstroke & he doesn’t disappoint too, same is the case with Sonali Kulkarni. 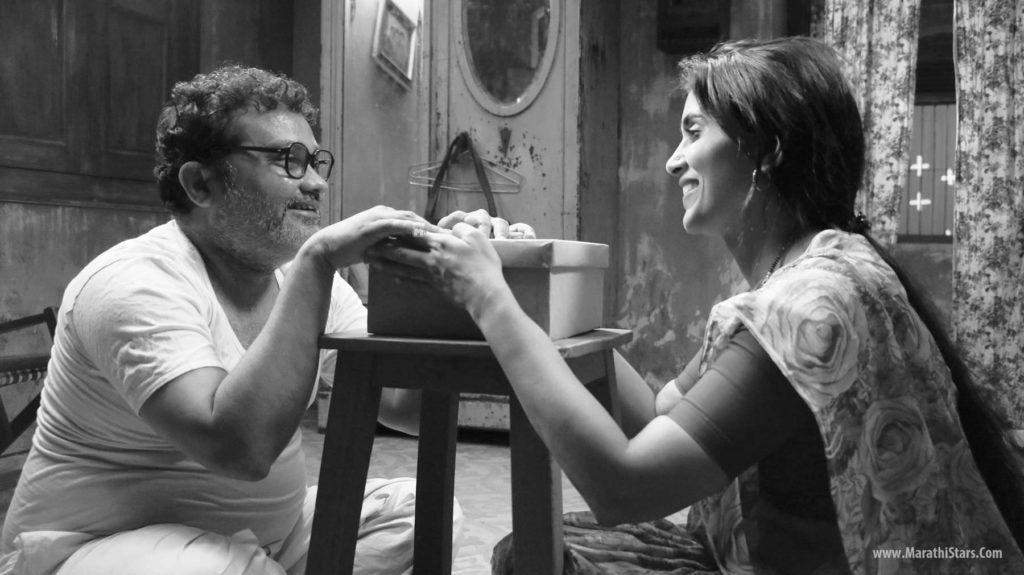 The original novel by Jaywant Dalvi deserves at least 50% of the credit for this film. It also makes a point that Marathi filmmakers should keep exploring Marathi literature through this medium. The film has a different ending than the novel/play & is brilliantly justified. There are instances, especially in the second half where we keep acknowledging Prasad Oak’s braveness to actually include certain scenes & that with too with immaculate use of symbolism. Along with Prasad screenwriter Chinmay Mandlekar too deserves a mention for keeping the whole journey so to the point & specific.

‘Kachha Limbu’ has an ‘A’ certificate, so that justifies why certain audiences should stay away from this film, having said that it still doesn’t disqualify as a family movie. Yes it’s one mighty impactful experience that breaks almost all borders of boldness that were present in our film, but not for the sake of it! It justifies by telling us what exactly lies beyond the boldness, & that is something essentially humane.