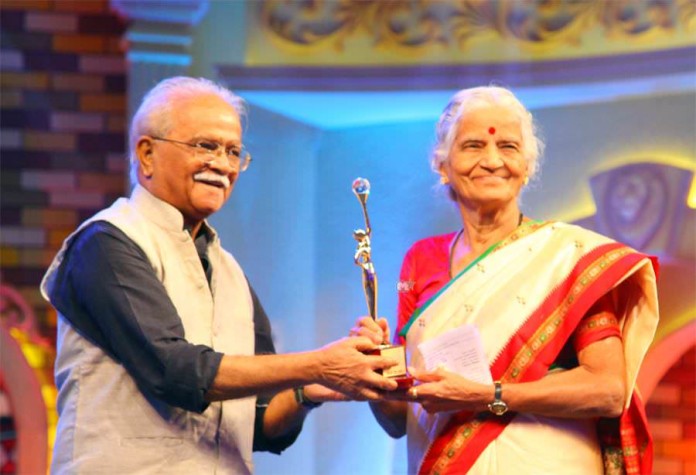 The event will be telecast on Zee Marathi on 13 September at 7 pm.
Along with Meetatai, several other women were felicitated for their exemplary work in various fields, including writer Kavita Mahajan for literature, Dr. Priyadarshini Karve in environment, Raziya Sultana in Social field, Kavita Raut in Sports. Vaishali Barye who works in Pune Corporation as a sanitary worker and Monica More, who lost her bothe arms in a local train accident in Mumbai were also felicitated.

The most touching speech was made by Pooja Ghansarwad when she narrated how she did her study in the lights of a funeral pyre. . Pooja scored 91% in her SSC. She belongs to the Masanjogi community who stays in the Smashan area.
The Zee Marathi attempts to highlight the struggle and achievements of women and empower them by giving recognition to their work through these awards.