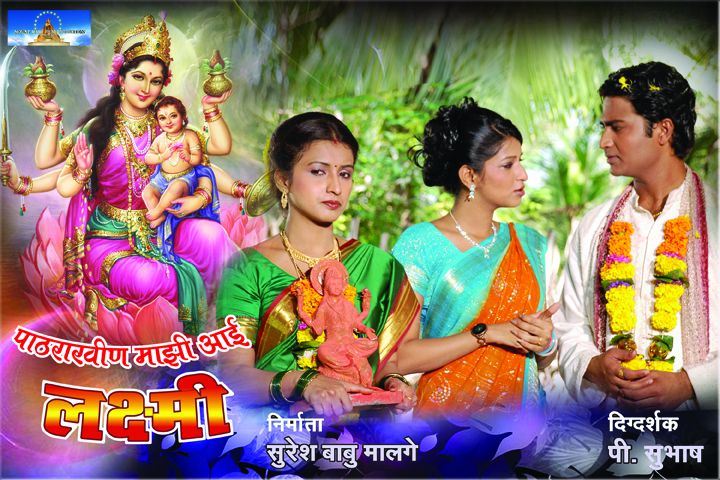 Under the banner of Mount Mary, producer Sureshbabu Malge’s bilingual film JAI MAHALAXMI is releasing on 6thDecember. This is a special release as auspicious Margshirsh month is going on. The flm is directed by P. Subhash and music is given by Nandu Honap. The film stars renown dancer and actress Sudha Chandran as Godess Mahalaxmi. It also stars Rajesh Pathak, Meghna Nikade, Jayendra More and Amruta Deshmukh. JAI MAHALAXMI is bilingual film made in Marathi and Hindi. In Marathi the name of the film is Path Rakhin Maazi Aai : Laxmi.

About her experience of playing Godess Sudha Chandran said, “This role was challenging for me. To play this character I had to wear heavy saree and jewellery. In real life also I firmly believe in Godess Mahalaxmi. Without blessing of Laxmiji nothing is possible.”

Director P. Subhash has given 18 films earlier and this is his 19th film. His Marathi film HASARI had received four awards by Maharashtra Government. His film ANDHATARI also received awards. About JAI MAHALAXMI he says that this film shows feelings and belief of women, also relation of husband and wife. Aidience will definitely like this religious film.”