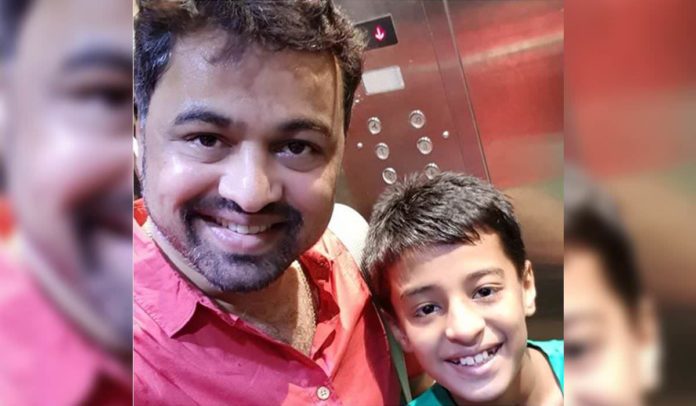 Subodh Bhave has garnered love from the audiences over the years while being paired opposite many female & male stars of the fraternity! But now he is being paired with a star who would probably his most favorite co-star! And that star is no one but his own son Kanha! Kanha will be acting opposite Subodh in their upcoming film ‘Majha Agadbam‘!

Kanha was previously seen in the Pushkar Shrotri directorial film ‘Ubuntu’ but now he’ll be seen sharing the screen with his father for the first time. ‘Majha Agadbam’ is written & directed by Trupti Bhoir who is also the lead star of the film. Her character of ‘Nazuka’ had become the crowd’s favorite after the success of ‘Agadbam’ & now she is back with the sequel.

Presented by Jayantilala Gada of ‘PEN India Ltd.’ & ‘Trupti Bhoir Films’, ‘Majha Agadbam’ hits theatres on 26th October & it promises to be a bigger entertainer than the prequel as there is more action, more romance & most importantly more comedy in the film.