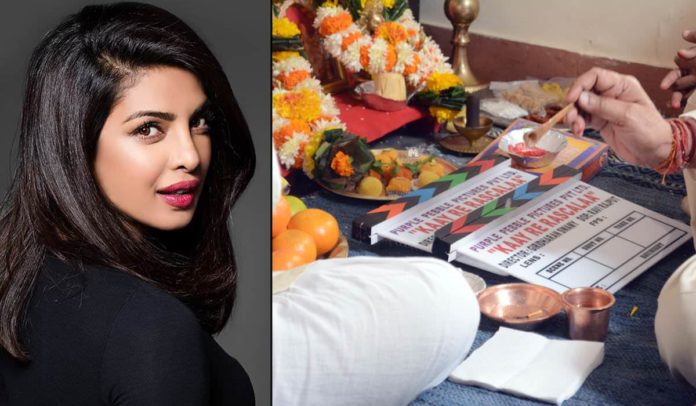 After giving us an emotional family entertainer ‘Ventilator’ in Diwali 2016, Priyanka Chopra is all set to return to Marathi in 2017. Yes her second Marathi film as a producer is soon going on floors. The ‘Muhurut’ event of Priyanka’s ‘Kay Re Rascala’ was recently held in the presence of Priyanka’s mother producer Dr. Madhu Chopra, director of the film Giridharan Swami, & rest of the film’s team. Kunika Sadanand, the well-known TV & film actress was also present & she is the executive producer of this film.

Though Priyanka couldn’t attend the event herself, she wished the whole team of ‘Kay Re Rascalaa..’ all the best through a video. She also mentioned that this film will surely make the audience laugh a lot & entertain them to the fullest just like ‘Ventilator’.

‘Kaay Re Rascalaa..’ is produced under Priyanka & Dr. Madhu Chopra’s banner ‘Purple Pebbel Pictures’ & is co-produced by Sangeeta Swami & Dr. SatyashilBirdar. The shooting of ‘Kay Re Rascalaa..’ has already commenced & the title of the film hints us that it will bring a unique south Indian ‘Tadka’ to Marathi cinema.