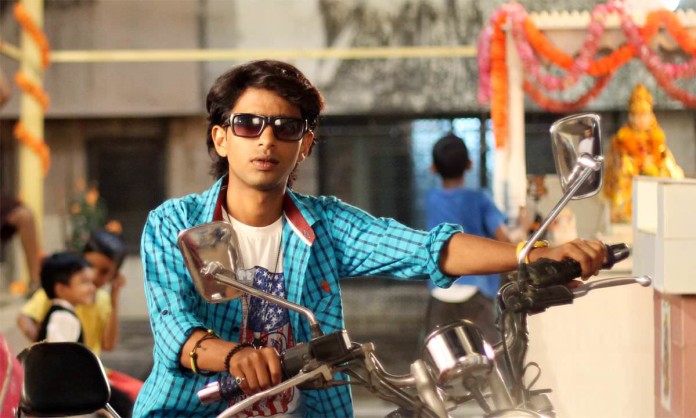 Romance genre ranks the top in the list of genre and all kind of love stories became more popular. Marathi film industry has the best teenagers love stories movies like Shaala, Fandry, Timepass and many more. Prathamesh Parab is one of the memorable hero of teenager’s love story. Everyone remember Dagdu Shantaram Parab and his pure love. Prathamesh the lover boy coming again in love story movie named ‘Urfi’.

In this movie Prathamesh will be with his new heroine Mitali Mayekar. Mitali Mayekar has been worked in Zee marathi’s Asambhav serial and in 2009 she worked in the hindi movie ‘Billu’ directed by Priyadarshan and now she is coming in Urfi with Upendra Limaye, Kavita Lad, Milind Pathak star cast. Urfi movie has a beautiful love story with full on entertainment songs written by Mangesh Kangane and Kshitij Patwardhan and its music composed by Chinar-Mahesh. Dhanak-Dhanak and all other’s songs choreographed by Umesh Jadhav.

This is the love story of Prathamesh so it must have the comedy and thriller performance. ‘Urfi…Lovesathi Anything’ releasing all over Maharashtra on 27th November.