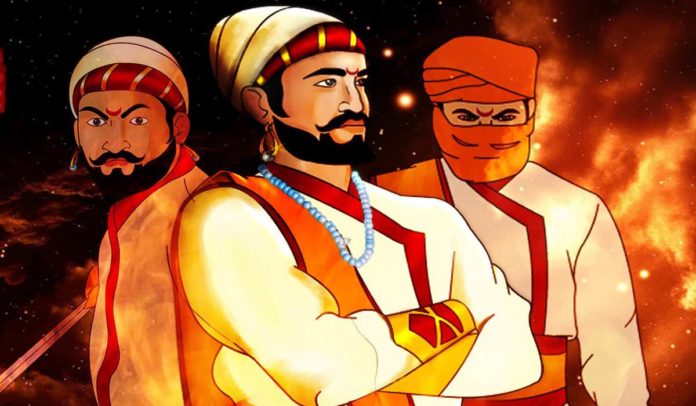 We all have been waiting for Riteish Deshmukh’s Chhatrapati Shivaji film, but meanwhile another Marathi film about the great warrior king is all set to release. Yes ‘Prabho Shivaji Raja‘ is an upcoming Marathi animated film.

This would be the very first Marathi animated feature film that is set to release in theatres. And since it’s about Maharashtra’s greatest icon it’ll definitely be loved by all audiences. The film is written by Sameer Muley & Nilesh Muley & directed by Nilesh Muley. The film is produced under the banner ‘Infinity Visual and Mefac’.

Recently the official motion poster of the film was revealed on its official Facebook handle. Many Shivaji Maharaj devotees have loved the poster and are excited for the film. This is certainly an inspiring news for the future of Marathi cinema where even animated movies will be made & the audience would also respond to it.