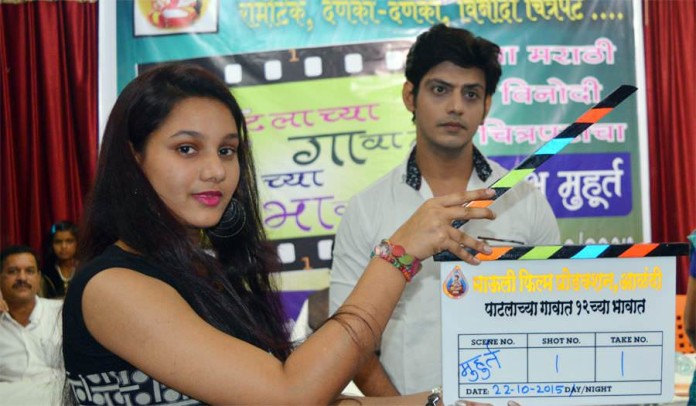 Muhurt of Patlachya Gaavat 12chya bhavat, a comedy film directed by Wajid Shaikh was recently performed at Alandi recently. The lead character of Patil will be played by senior actor Jaywant Wadkar.

This is a first film produced by Ravi Kadam under the banner of Mauli Film Productions. The film stars Jitu Goswami, Manisha Wagh, Prem Rajesh Ubale er al. The film is written by Ismail. Music has been composed by Ameer Hadkar and lyrics are by Appa Panchal.
The shooting for this will film start very soon.