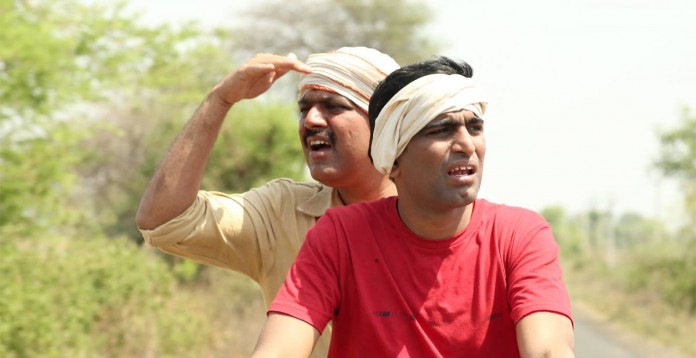 Rangaa Patnagaa, a film directed by Prasad Namjoshi has been selected in MAMI under the category of India Gold 2014 Competition. MAMI will be held from 14 to 21st October in Mumbai.

The film is about Jumman, a peasant from Vidarbh region of Maharashtra and how the changing circumstances affect him and his work. In this film, Makarand Anaspure has donned a different look. The film is produced under the banner of Flying God Films of Amol Gole, a renowned cinematographer. Along with him Sandeep Pathak, Nandita Dhuri, Gauri Konge, Bharat Ganeshpure, Suhas Palshikar, Abhay Mahajan, Hardik Joshi will be seen in this film. Story by Chinmay Patankar, Screenplay-dialogues by Prasad Namjoshi. Editing by Sagar Vanjari, Sound designing by National Award winner Anmol Bhave, music and background score by Kaushal Inamdar.