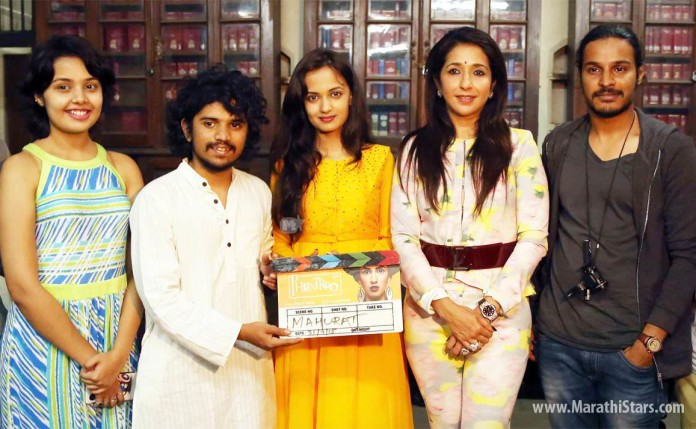 Sujay Dahake’s latest film Phuntroo has already created curiosity with its unusual subject and title. The looks of Ketaki Mategaonkar– lead actress for the film are also making rounds in the social media. Recently Muhurt ws held for this first sci-fi film in Marathi at Gokhale Institute, Pune in the presence of cast and crew of the film.

The story of the film revolves around a mechanical engineering student and how his technological addiction changes his life. The special makeup for Ketki’s looks have been done by Vinod Sarode and her costumes are designed by Ayushi Dagad.