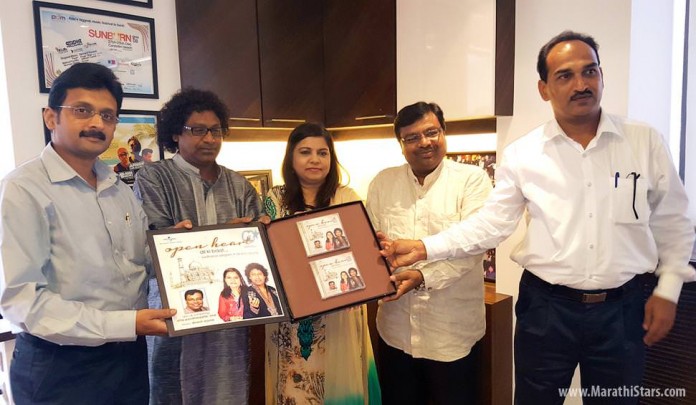 Dilip Pandharpatte, an IAS officer with poetic heart is back with his new album “Open Heart- Dil Ki Baat”. The album has been composed by Dinesh Arjuna. The album has eight gajhals sung by Arjuna and sadhana Sargam.

The album contains gajhals for various moods and depicts transitions of love. The album has been released by Universal group and priced at Rs. 99.