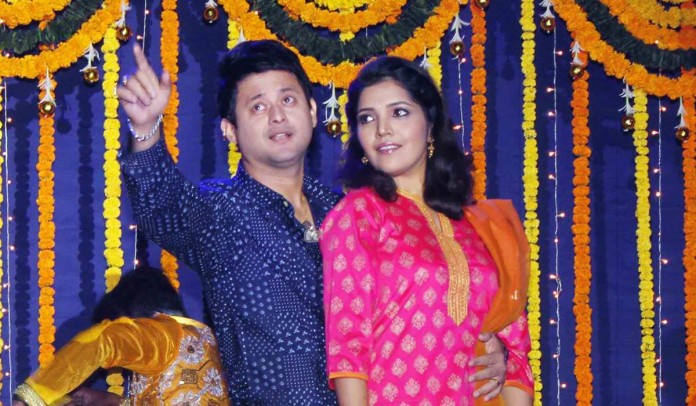 The song “Band Baja Varat ghoda” was released recently from the film Mumbai-Pune-Mumbai 2 in a wedding-themed grand event. The event was attended by lead star cast- Mukta Barve and Swapnil Joshi along with Prashant Damle, Savita Prabhune, Vijay Kenkre, Mangal Kenkre and other dignitaries.

The event became happening after the star cast of this film started dancing on this foot-tapping wedding song. The song is expected to become a huge hit in this year’s marriage season.

The film is ready for its release on 12 November and various events have been organized as a part of promotional marketing. This is a sequel of super-hit film Mumbai Pune Mumbai directed by Satish Rajwade.