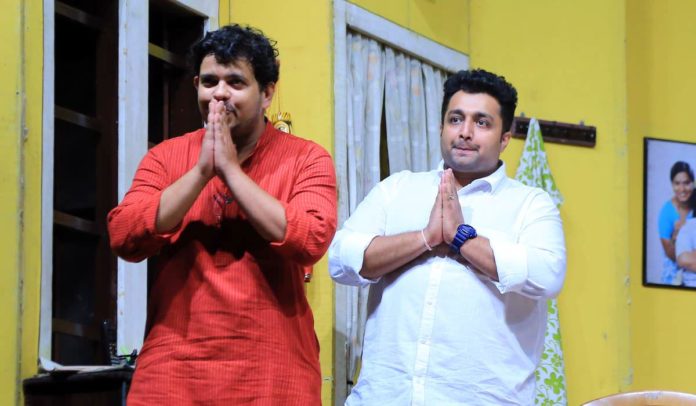 Anand (Mihir Rajda) & Soumitra (Adwait Dadarkar) are friends of Guru-Radhika in Zee Marathi’s popular serial ‘Majhya Navryachi Bayko’. The natural chemistry between Anand & Soumitra is very much evident in the serial. That is because they are best friends in real life! Even professionally they have been working together from their college days!

They have worked together as writer & director together from their college days to their commercial Marathi plays like ‘Tya Tighanchi Goshta’ & ‘Don’t Worry Be Happy’. Adwait Dadarkar is the director between the two while Mihir Rajda is the writer! And obviously both of them are actors too!