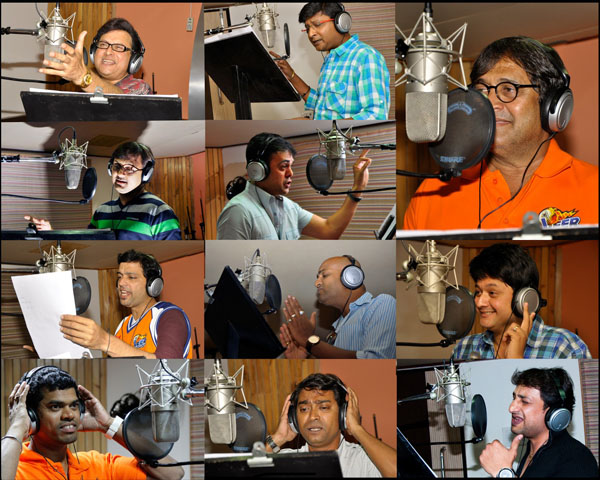 The catchy lyrics… Zindagi Zindagi…. Doston Ki Duniyadari Mein Haseen Meri Zindagi… happened to
be so good, that immediately Sanjay Jadhav came out with the novel idea of getting this friendship song
sung by as many artist singers as he could. Above all they sang without any remuneration as they had
strong liking to the feel of the song & enjoyed singing it. Their only take away – pleasure of singing a
well composed friendship song for their dear friend of Marathi film industry Sanjay Jadav.

This is the first time that a title song has been sung by 11 leading artist. The renowned artist viz. Sachin
Pilgaonkar, Mahesh Manjrekar, Sumit Raghavan, Sunil Barve, Prasad Oak, Kedar shinde, Pandharinath
Kambli, Siddhartha Jadhav, Vaibhav Mangle, Ankush Chaudhari and Swapnil Joshi have rendered their
voice for recording this song of ‘Duniyadari’. Beyond their busy schedule, all artist spared time for such a
unique effort in the history of Marathi films.

The music for this song ‘Zindagi Zindagi’… song has been composed by ‘SAY band’ and lyrics penned
by Sachin Pathak alias ‘Yo’ of the same SAY band. A perfect blend of Marathi and Hindi words has been
mixed well in the lyrical composition of this song. The lyrics and music is very lively, rocking, yet simple
and brings out the essence of friendship and passion in its best way possible. It resonates the positioning
of the song in the film so effectively that one would immediately ring into rhyming it and connect itself
with it.  The music shall be released by Nanubhai of “Video Palace”.