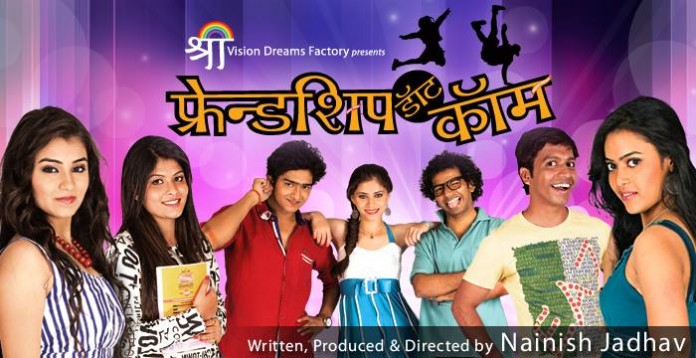 Plot Outline : Friendship Dot Com…. A Film by Nainish Jadhav is youth oriented comedy film based on teenage college life. The story revolves around carefree and fun filled days of college life that builds permanent bonds of friendship. It’s a fun filled film to which every individual can relate in some way or the other. The movie consists of three songs sung by renowned bollywood singers like K.K and Shaan and very well known marathi singer Swapnil Bandholkar, and with this, KK marks his debut in Marathi industry. In this movie, we will get to see fresh talent like Suraj Bhogade, along with Marathi reality dance show ‘Dance Maharashtra Dance’ contestant Mrunmayee Gondhalekar has landed an opportunity to play a lead role. In the film, seasoned actors of our industry like Vijay Chawan, Atul Todankar, Sunil Tawde, Kushal Badrike, Maithili Warang, Tanvi Parab, Chanda Jadhav plays vital role.