Synopsis : A motley bunch of children living in an urban housing society join hands to rise beyond discrimination and religious bigotry to do what is right. Winner of the National Award for Best Film on National Integration, Dhappa is an uplifting tale that is of great relevance in contemporary times. 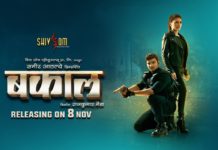