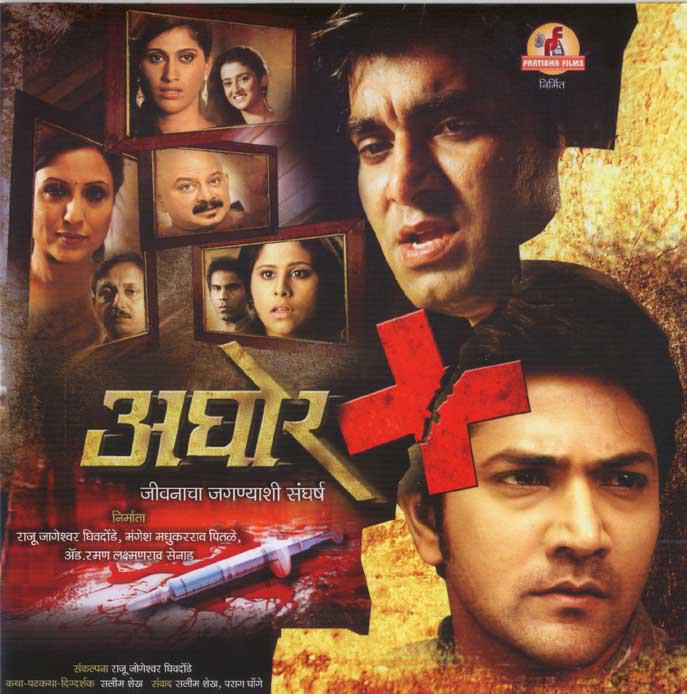 Plot Outline : “Jeevanacha Jagnyashi Sangharsha”
Story : ‘Aghor – Jeevanacha Jagnyashi Sangharsha’ exposes corruption- not in businesses or politics, but in the most important sphere of a person’s life. It focuses on the medical practitioners and their profession.It is widely accepted that corruption has spread to almost all the industries in this land, and thus the medical profession is no exception.Aghor – has a different tale to talk about. Till now, we Indians always considered the Doctor as next to God. This film has a message and shows both sides of the coin.It depicts the really good doctors (Gods) and even the negative characters thriving in this honourable profession especially those in the so called Multi-Specialty Clinics.There is an honest, sincere doctor Sathe (Raman Sonad) and also shown is the “professional” (in the materialistic sense), Dr. Batra played by Dr. Vilas Ujavane, who in real life is a doc himself (seemingly, a sincere one – after having interviewed him).There are three struggling youths trapped between the medical opinions of these two doctors.