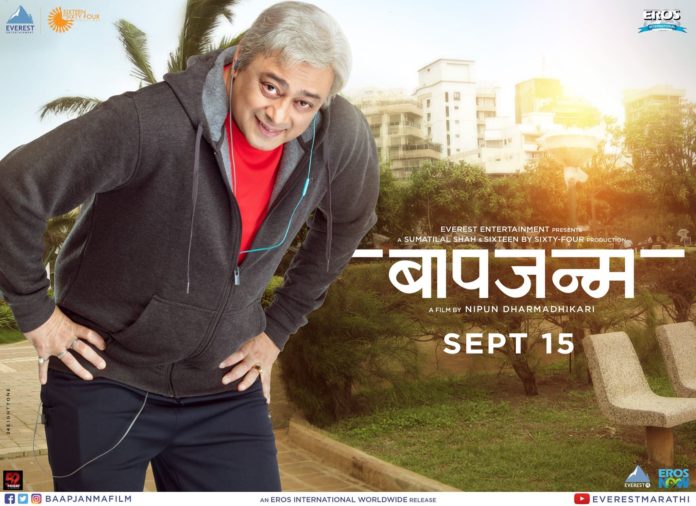 Sachin Khedekar is a veteran actor on Marathi screen for more than 25 years and has many acclaimed films to his credit like ‘Mee Shivajiraje Bhosle Boltoy’, ‘Kaaksparsh’, ‘Aajcha Mazha Divaas’, etc and now his most eagerly awaited film ‘Baapjanm’ is about to release and we caught up with him at the trailer launch of the film .Here is what he has to say.

Yes. But it is relevant to the story of the film. We have often seen films on relationships between a motherand her son, but this film will focus on the relationship between a father and a son and I play the father in the film. He is not an emotional father but a strict disciplinary one.  It focuses on the generation gap that exists between the present generation and the older one. Director Nipun Dharmadhikari who makes his debut with this film has presented the film in a different and effective way.

What is your opinion about the debutant director Nipun Dharmadhikari?

He is young and talented and I have seen him perform and direct in plays staged in Pune and the Purushottam Karandak and he has also acted in a very nice way in the film ‘Highway’. He has a very bright future ahead of him. He shot the film in just 35 days in and around Pune. It was a pleasure working with him. 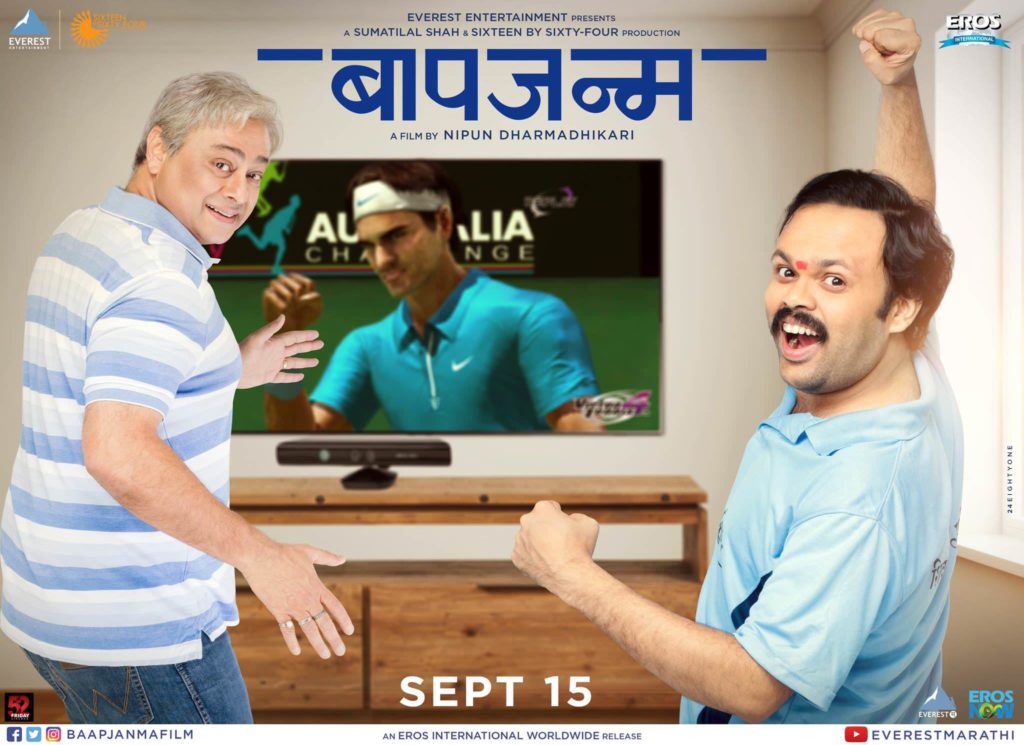 What is the other cast of the film?

You are gradually moving towards character roles.

Yes. At my age one can’t expect more and there is a lot of depth in the characters I play and its also an always pivotal role in the film. Marathi films are generally character driven and not hero or heroine oriented. The graph of the actor and the role is very important like my roles in the recently released Kaccha Limboo, etc.

Whats next on the anvil?

I am waiting for a good book adaptation for a film in Marathi as the Marathi culture is full of great authors and I am waiting for some director to approach me with such a role. Also I am acting in Hindi films like Judwaa 2 and Golmaal-4.

Do you find any difference in Marathi and Hindi film industry ?

Basically it’s the same but the atmosphre on a Marathi film set is very friendly and less stressed out and whereas on a Hindi film set, its all chaos and there is a lot of stress and a lot of a noisy atmosphere on the sets.

Please name any five films in Marathi that you are really proud of.

Any plans of turning director?

No. I  am not temperementally fit to be a director. I am happy being an actor.