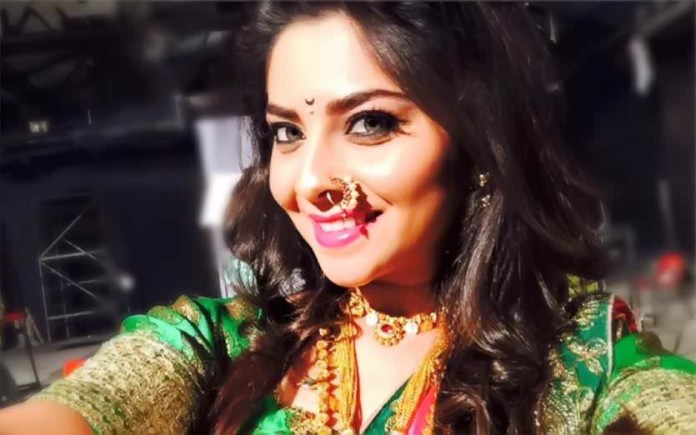 Poshter Girl has been declared as a super hit on the box office. Dealing with a sensitive subject of Women Empowerment, the film makes it point through a social satire. The leading lady of this film, Sonalee Kulkarni is more than happy with this role. A meaty role in this woman-centric film has given her critical acclaim and box office collections. We spoke to Sonalee about her performance and experience in this film.

Here are some excerpts from this interview.

Congratulations! Poshter Girl has been receiving tremendous feedback from the audience. How does it feel?

It feels amazing. We all worked really very hard for this film. There are some things in your life which are beyond commercial mathematics. I really wished this to do a film do better and appreciated by the audience. All of us are really very passionate about the film. The hard work was enormous but fortunately it has paid off. The impact Poshter Girl has created in the audience mind is more important. It is touching hearts of the people and gaining good money on the box office.  What more can an artiste ask for.

Though both films have different plots, Poshter Girl was thought as the sequel to Poshter Girl. Did you think that it will be compared with the first film?

When you give a successful film, people start expecting more from your second film. This has happened with Sameer as well, Poshter Boys did not have any burden of expectations, but for this film it was obvious that people are going to expect more. The fact that he titles second film similar to his fist film, even though subjects are different, made more speculations. However, fortunately everybody knew that these are two different films, neither sequel nor prequels. For me the most important thing is people like this film immensely. It has gone one step ahead of Poshter Bys in terms of opening on the box office.

Poshter Girl has a usual star cast. There are no definite romantic leads, or a hero. The subject revolves around your character. How does it feel to star in such a woman centric role?

The role was really marvelous and I will call it as actress’ dream role. I really wanted to do something like this, and I am so fortunate that makers thought that I could carry this role. The film is about women empowerment but it never becomes preachy. Though it is female oriented film, it is still a very commercial paisa vasool film also. Generally what happens with such films is that they become very preachy and socially biased. In Poshter Girl, the message is never in the face, but very subtle. Hence, it stays with the people for longer time. The best compliment for us is when people tell us that they are laughing and enjoying the film, but when they are coming out of the theatre this film is making them heavy hearted. The film makes you think and feel responsible towards our society and women.  I feel much honored be a part of this film. This is the best thing happened in my career so far.

You were working with Sameer Patil for the first time. How was the experience?

Sameer has a distinctive style as a director. He has a different genre for making films. Working with him becomes very effortless as he is a good actor himself. When you work with new people the elements that are unknown to even you can be explored. This was my first black comedy and social satire. I really appreciate that he thought I can play this character.

How did you prepare for this role?

Rupali Thorat is completely different from all the characters I have played earlier. She is even unlike Sonali Kulkarni. So for me getting into the skin of this character was very difficult. She doesn’t talk much in the film but she always speaks sensible. She is such a strong headed girl yet she never preaches anybody. Getting this balance of the character was really challenging. Everybody else is having some good punch lines and amazing scenes, but she is the only one who is talking very little but sensible. So, I had to work a lot on my dialogue deliveries.

You hail from an urbanized background. Was playing a rural girl a challenge?

My first film Bakula Namdev Ghotale was also a woman oriented title role film where I played a village girl. For Poshter girl, the character was little tricky, though she is rural, she is not brought up in that village. She has studied agriculture in Pune. She has roots and connections to that village but she was not raised there. The trickiest part for me was to bring in the flavor but not to play just like any other village girl. To get this, we approached the character reversely. What generally we do is we start with the looks then think about the body language and then the language. However, for Rupali, we decided about her language and then her looks.  Before shooting I used to record one scene on voice recording and send it to Sameer and then we discuss about it. The character was inspired by Vishwas Nangare Patil. He is also from small town guy so I listened to his speeches and interviews. Rupali Thorat is not over the top fake girl. She is very much real like any other well educated girl from the rural area. This subtlety was the trickiest part but Sameer and Hemant Dhome helped me tremendously.

Jitendra Joshi is such an energetic and spontaneous actor. How was the experience of working with him?

He is a rock star. I have done a farcical comedy “Hay Kay Nay Kay” and small part in Singham with him. He is such a hyper energetic actor. He helped me a lot during this film. Not only him, but all the other actors helped each other to make this film brilliant. For me, this was also a learning experience. Sandeep Pathak is known for his comic timing; Hrishikesh Joshi has an excellent command over Marathi. So, I kept learning from everybody. This is a very rare film which has an ensemble cast, but every cast member is given an excellent scene. So, when I had to do my scenes, every other member helped me a lot. Nobody tried to kill each other’s work, this happens seldom.

Somehow that positive atmosphere and team work shows on the screen as well.

Yeah! We completed each other but never competed. All the five boys had to do lots of hard work, but they always gave their 100 percent. This is the best film crew I have worked so far! Such was the positive and healthy set environment was!

Poshter Girl songs are already chartbusters. Which one is your favourite?

It has to be Rakhumai! We have four different songs in the film composed by Amit Raj and all have become popolar. Avaj vadhav DJ has become a chartbuster immediately after its release in December. But, Rakhumai is a song that will stay with you forever. It has got a classic library value. This song stays with you, it makes you feel, it makes you cry. Every time I listen to this song, I get Goosebumps. It has been written so beautifully and composed so serenely. The real highlight of this song is Pandit Vishvamohan Bhat has played Mohanveena. I am so privileged to be associated with this song.

You said Poshter Girl was your dream role. Now what is ahead?

Your ambition has to go higher. I will not say I have achieved everything in my career. It is time for me to do different roles, as people have started taking me seriously as an actress. Earlier I was more like a glamour doll or just a good dancer. I still love that image but Poshter Girl has given me the credentials for being a substantiated actress. When you do something successful then next thing should be bigger and brighter.  Thus begins my new journey. Poshter girl has proven to everybody including me and my film people that Apsara Aali has become Poshter girl. Now my career has begun on a completely new level. I want to go beyond this and explore myself.

Tell us more about you upcoming projects.

I believe in doing one film at a time. I want to give my 100 percent to a film and I am very passionate about what I do. I had done three films in the previous year. This year Poshter girl has started in a big way and I am working with something equally exciting but it is too early to talk about this project.

Sonalee, Thanks for speaking with Marathistars.com. We wish you all the best for your next projects and expect such nice heartwarming performances from you.