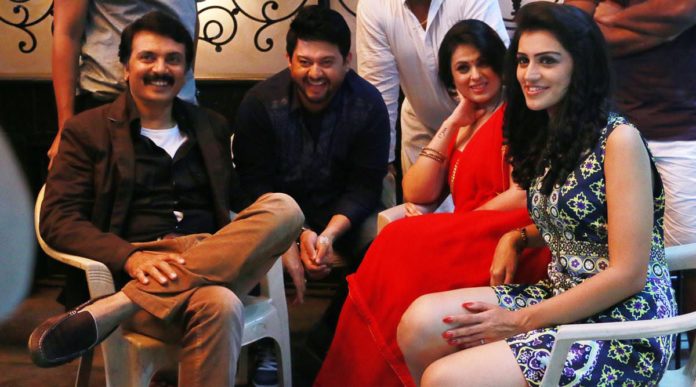 Though SLB Productions, Laal Ishq is a very dark and sinister film, the cast and crew managed to make the work more fun on the sets. The new face of the Sneha Chavan became the victim of the ragging by the Swwapnil Joshi. On her first day of the shoot, Swapnil told her to give Rs. 101 to the cameraman as a “Shagun” which will make her career super-hit. He also promised her that this is correct and auspicious way to start to start the shooting. Sneha believed him and when she went to give the cameraman Rs. 101 everyone on the sets started laughing.

Innocent Sneha could not believe that Swapnil could pull such a prank on her! Then she also joined in the laughter! We bet Sneha will never forget her first day of the shoot.