Watch Trailer of Upcoming Marathi Movie Yaari Dosti : Young and talented actors National award winner Hansraj Jagtap , Akash Waghmode, Mitali Mayekar, Ashish Gade, Sumit Bhokse and Shreyas Raje launched the trailer of their upcoming Marathi movie Yaari Dosti with the students of Sathaye College to celebrate the friendship day. The trailer is dedicated to the true spirit of friendship and will remind each one of us our best friends, school, campus, teachers, professors and teenage love.

The movie revolves around four boys, two school boys from affluent families and the other two alcoholic and hooligans. In a chain of incidents they become close friends. What follows is a roller coaster ride of hilarious and emotional moments with unexpected twists and turns that will change their lives forever! 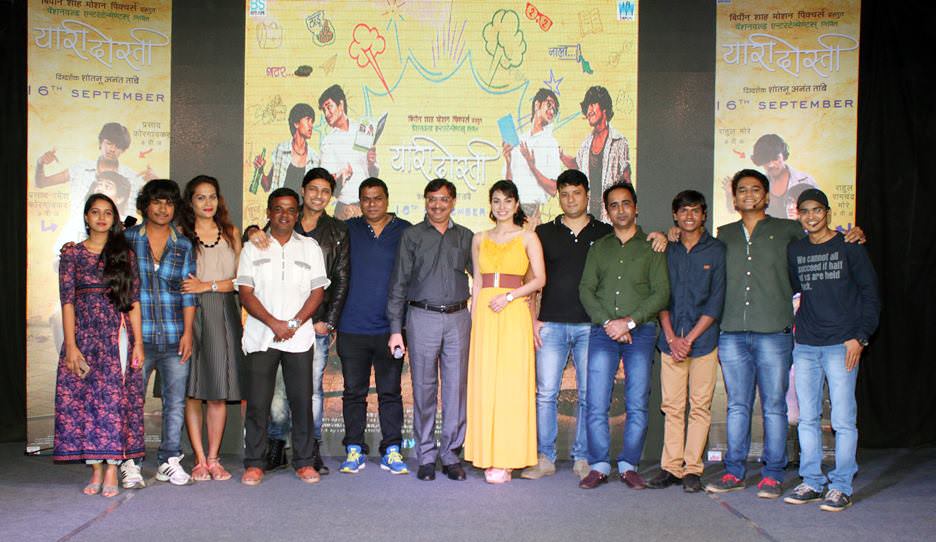 Presented by Bipin Shah Motion Pictures and produced by Passionworld Entertainments, Yaari Dosti, spreading the true meaning of friendship, s all set to release on 16th September, 2016 across Maharashtra.