The constantly out of the box thinking filmmaker Sachin Kundalkar is back with his fresh new delicacy ‘Gulabjaam’. Ever since the different posters of the film were revealed the film has created a lot of buzz on social media. The film stars an unusual but exciting pair of Sonali Kulkarni & Siddharth Chandekar. Presented by Zee Studios ‘Gulabjaam’ is set to release in theatres on 16th February. 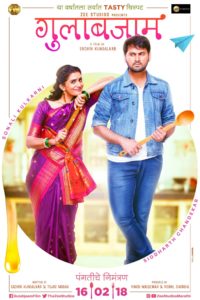 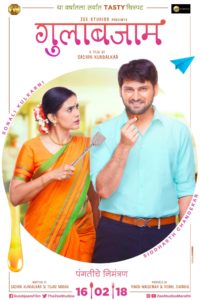 Siddharth Chandekar plays Aditya who has arrived from London to India just to learn traditional Maharashtrian cooking! While they meet as ‘Guru’ & ‘Shishya’ their relationship turns more into friendship! It would be exciting to see how their friendship grows & if there are any twists & turns in the story!