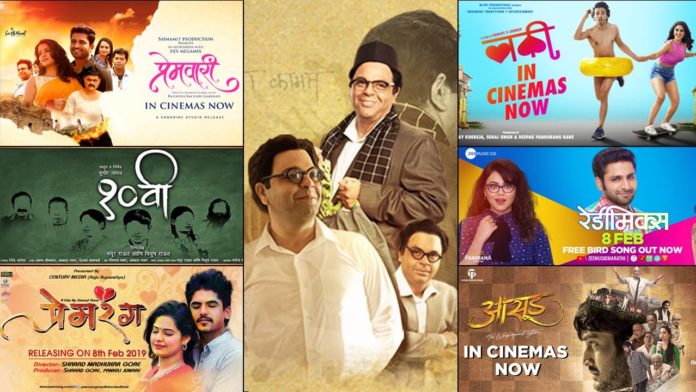 There are 9 Marathi films releasing this week on 8th February! Some people might even think that this is a great news for Marathi cinema & all, that so many films are being made & are getting released! But the harsh reality is there’s a limited number of audience to our films & if the audience gets divided into 9 parts what is left for a single film?

Aasud, Bhaai Part 2, Dahavi, Dharpad, Luckee, Premrang, Premwaari, Readymix & Unadmasti are these 9 films! Out of these films Bhaai Part 2, Luckee, Readymix & Premwaari could be called as proper mainstream ‘A’ list movies about whom the audiences are aware of. But even between these four films it would be difficult for each of them to be awarded a fair amount of audience. Add to that the other 5 films & it becomes a total chaotic scenario!

Our filmmakers, producers, presenter, distributors etc. need to have some kind of co-ordination to avoid such chaotic scenarios! We hope after this occasion we won’t get to experience this chaos! As film lovers & audiences we want our film industry to be empowered financially only then they can sustain & entertain us in the best way possible!