Zee Saregama’s Lil Champs have given a breath of fresh air to our music industry. Shamika Bhide, one of the lil champs has done a music video called Barsaat, with Universal Music. The video has been uploaded on Youtube and has been attracting many viewers. 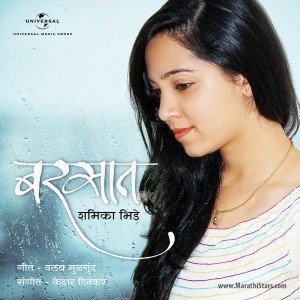 The lyrics for this song have been penned by Valay Mulgund and music has been given by Kedar Divekar. The music arranger is Gaurav Korgaonkar. The songs have been recorded in Realisation Media, Pune along with the live acoustics of instruments. Pandurang Pawar (Tabla), Kirik Mandavgane (Guitar), Gayatri Tore (sitar), Satyajit Kelkar (flute) have played with Shamika’s vocals.