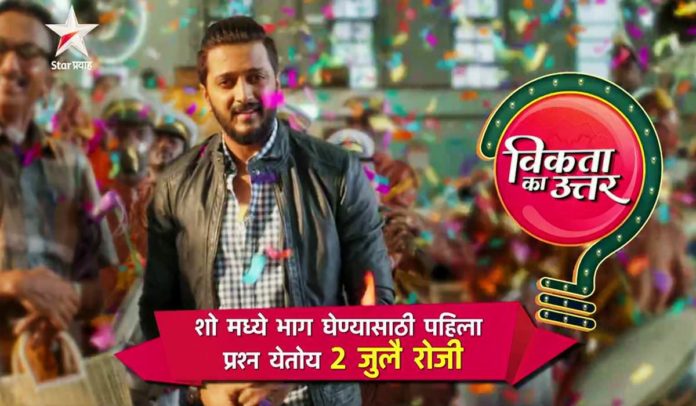 Riteish Deshmukh is taking his career in Marathi seriously. After the massive success that was Lai Bhaari, he is soon teaming up with same director for a film called ‘Mauli‘ . But sooner than that you will be seeing him in a TV show on Star Pravah.

Vikta Ka Uttar is a game show supposedly with a unique concept for Marathi Television. Though, not much is known about the show, but a number of promos have been released. Each of them show a buyer successfully bargaining with a seller like a vegetable vendor or a fisher woman for their products. Riteish is then shown congratulating that person and saying that the game show is for buyers like them who are expert at bargaining.

There is indeed a dearth of game shows on marathiTV and the promos of Vikta Ka Uttar and the presence of Riteish Deshmukh as the host has certainly made the Marathi public curious.