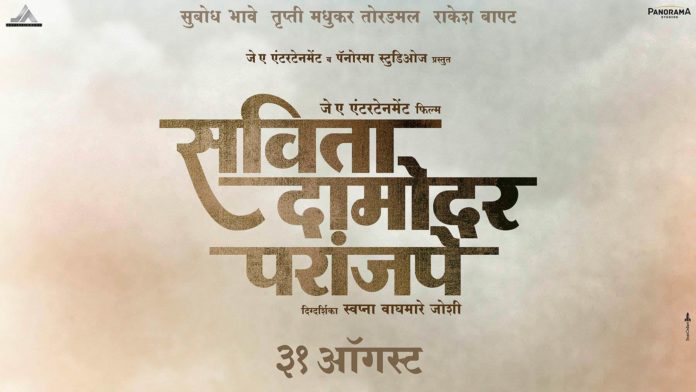 John Abraham has come a long way! From being a model, to a actor, to a action star, & then becoming a successful film producer with films like ‘Vicky Donor’ & ‘Rocky Handsome’ to his credit. Few months back he showed interest in Marathi industry as a producer & now his first Marathi production ‘Savita Damodar Paranjape’ is here.

This film is based on the popular Marathi play of the same name in the 80s. Directed by Shekhar Tamhane & starring Reema Lagoo & Rajan Tamhane, this play raised quite a few eyebrows when it came. To re-create the same impact this play is now being adapted into a film. Presented by J. A. Enteratainment & Panorama Studios, this film is produced by John Abraham & directed by Swapna Waghmare.

Our favourite actor Subodh Bhave will be playing the lead role in this film. Alongside him the film also stars Trupti Toradmal & Rakesh Bapat. Shirish Latkar is the writer of the film & composers Nilesh Mohrir & Amit Raj have done the music for this film. ‘Savita Damodar Paranjape’ is set to release in theatres from 31st of August!