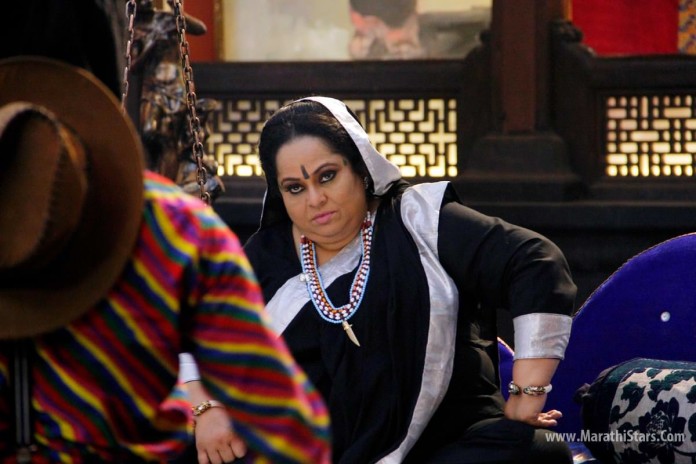 Music launch of Bai Go Bai took place recently in the presence of its cast and crew. The promotion song “Abababa Baay Go Baay” has already became a hit and was performed in the event. The film stars Nirmitee Sawant in the lead role. The film has been written and directed by Vijay Pagare who has earlier worked as an assistant director for Kedar Shinde. The film will be releasing on 4 December all over Maharashtra.

The music for this film has been composed by Vijay Gatlewar. Vijay became a known face after 2006 reality show SaReGaMa as a singer and this will be his first film as a music director. The album contains hit item song “Mee Haay re Samidrache Rani”- a Koli folk song in the voice of Reshma Sonawane.

The plot of the film revolves around Bayajakka (Nirmitee Sawant) who has some grudge against men. She rules her village and creates some foolhardy rules for the men. What happens next and how she is out-witted in this film will be interesting to watch on a big screen.