Pushkar Shrotri is one of the most talented actors who’s been working in Marathi industry from a long time. Ever since he announced that he is turning a director with ‘Ubuntu‘ we all have been excited. Now the trailer of this film is finally out. The film stars Sarang Sathaye & a bunch of talented kids that also includes ‘Balak Palak’ fame Bhagyashree Shankpal.

The first thing we notice in this trailer is the exception work done by the technical team of this film. Both visuals & sound seem to be high class & helps us in making the world in the film very authentic. Sarang Sathaye is a talented actor who hasn’t been utilised much before, ‘Ubuntu’would turn up to be an important film for him. 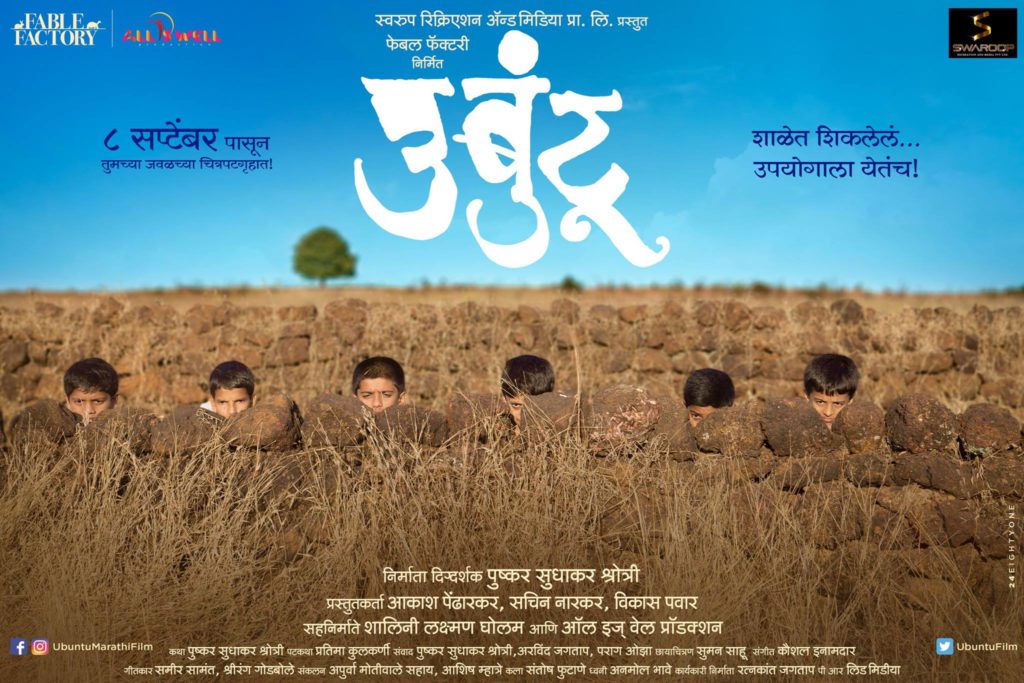 The importance of education seems to be the basic conflict of the film. But the way this trailer introduces us to learning seems very fun, subjects like Science & Geography could well be thought in this fun way is new for all of us! But what exactly does ‘Ubuntu’ mean? For that we have to wait for the film’s release!