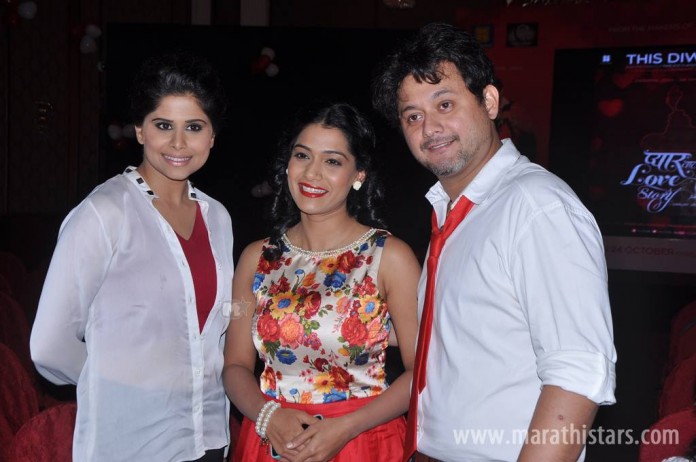 Music of Pyaar Vali Love Story (“PVLS”) directed by Sanjay Jadhav was launched with the entire team with a bang and is all set to release the movie on October 24, 2014.

Pankaj Padghan gave music to songs like ‘Zara Zara…’ written by Vaibhav Joshi and sung by Javed Ali and Sayali Pankajalong with ‘Shutter KaTala…’ written by Sachin Pathak (Yo) and sung by Amitraj and Rohit Raut. 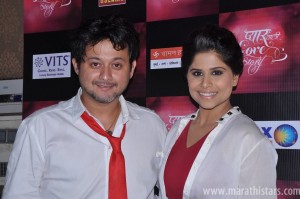 Last but not the least, the foot tapping song directed by Sameer Saptiskar‘Aali Lahar…’ written by Sachin Pathak (Yo) and sung by Ajit Parab and Sayali Pankaj with the chorus of director Sanjay Jadhav and choreographer Umesh Jadhav.