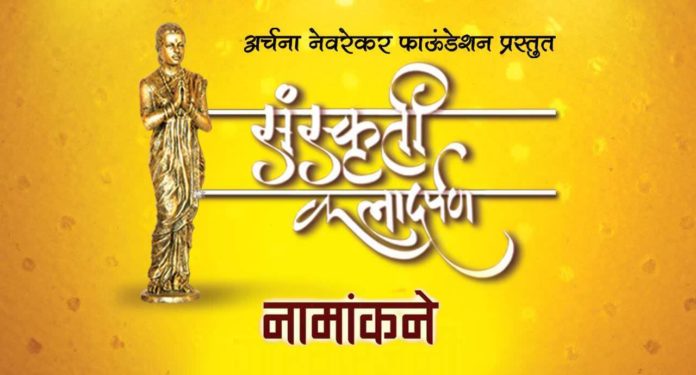 Sanskruti Kala Darpan has been promoting arts in Maharashtra for more the last sixteen years now. A no-profit no-loss venture they have been awarding excellence in the field of arts. They have been instrumental in recognizing talent from stage, films and television. In the recent past they have also lent a helping hand to folk art and singing competition to tap fresh talents in this field.

The Sanskruti Kala Darpan Gaurav Rajni Awards have been an annual feature which the art fraternity of Maharashtra eagerly looks forward to. This year a panel comprising of senior respected members of the theatre, film and television world carefully watched a number plays, films and television shows. They finally shortlisted a few of them and the nominations were announced at a grand ceremony at the swanky Kohinoor Palace hotel in Mumbai. SmitaGawankar effortlessly compered the event in which all the nominations were announced. The nominations were cheered by the team of the nominees.

After the ceremony a party for the nominees was arranged which was graced by celebrities from both the film and television world. Swapnil Joshi, PrarthanaBehre, Mrunmayee Deshpande, MrunalKulkarni among others.

The award ceremony will be held at Nesco on 24th April.